Thousands of conversations about scholarly content happen online every day. Altmetric tracks a range of sources to capture and collate this activity, helping you to monitor and report on the attention surrounding the work you care about.

Altmetric is a system that tracks the attention that research outputs such as scholarly articles and datasets receive online. It does this by pulling in data from three main sources:

The Altmetric Badge: What is it and what does it mean? The Altmetric badge is made up of two parts:

Both are used to give the reader an at-a-glance indicator of the volume and type of attention a research output has received.

The Altmetric Attention Score is derived from an automated algorithm, and represents a weighted count of the amount of attention Altmetric have picked up for a research output.

To learn more about how the Altmetric Attention Score is calculated, click here.

To learn more about the Altmetric Donut and to view examples, click here.

Altmetric have very kindly given us access to their data in order that we can create infographics within topics that are relevant to our sector of physical and manual therapy. The first infographics were published in the January 2017 issue of Co-Kinetic journal.

Tor began her professional life training as a physiotherapist at Addenbrookes Hospital, Cambridge, UK. She went on to complete a BSc in Sport & Exercise Science at the University of Birmingham whilst also achieving a WTA international tennis ranking.

After graduation she worked for a London marketing agency and then moved into medical journalism where her passion for publishing was born.

At 27 she established sportEX medicine, a quarterly journal for general practitioners focusing on sport and exercise medicine.

sportEX grew into an internationally known journal for all sports medicine practitioners, including physical and manual therapists; articles covered the practical application of evidenced-based research alongside professional development with expert contributors drawn from across the world of medicine and rehabilitation.

With a passion for technology as well as publishing and sport, Tor's leadership grew sportEX into the Co-Kinetic journal and website which included a more collaborative, royalty-based form of publishing as well as a wider content remit. As well as the quarterly magazine Co-Kinetic, offerings now include e-learning opportunities, breaking clinical research infographics, marketing kits for therapists, business growth tools, and a business discount club.

Tor's focus is providing resources to help practitioners and therapists develop their businesses and to work more efficiently and effectively, a topic that she speaks regularly on at global conferences. 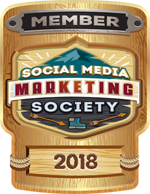 Thank you. Your account has been created and you have now been logged in. We will send you an email so that you can set your password for future use.

To help us identify content that matches your interests, please select the areas that you are interested in (please tick all that apply).

TO GET MORE CLIENTS
AND GROW YOUR BUSINESS
TRY OUR

and see how our monthly social media
campaigns combined with our simple
‘technophobe-friendly' platform can
help you grow your business.

Welcome to Our No Risk 14 Day
Free Trial

This new part of the Co-Kinetic platform is designed to:

To access this new section, we need you to upgrade to add the Business Growth subscription to your account. (more details here).

Don't worry, it's RISK FREE. If you don't wish your subscription to continue after this time, simply
cancel your Business Growth subscription before the trial expires and your original content
subscription will continue as before.